Meet Rebecca Hyde, the 2020 Military Spouse of the Year Candidate!

We are so excited to share our very own, Rebecca Hyde who has been nominated as a Military Spouse of the Year candidate.  Rebecca recently started working with MilitaryBridge in the Tennessee area.  She is a Navy Spouse of 22 years, has been through 7 deployments and PCS'd 8 times.

In the brief amount of time that I have known Rebecca, one word comes to mind, "Fierce".  She is a supporter of the military community serving in many different capacities.  She is an advocate of mental health, co-founding a non-profit called Dependa Strong which focuses on raising awareness of the mental health challenges "dependents" face.  Last but not least, she fierce in her desires to excel in everything she does.  We feel blessed to have Rebecca a part of the MB Team.

Please take a moment and read more about Rebecca.  Don't forget to vote on February 3rd.  Your vote is very important to all of the candidates. 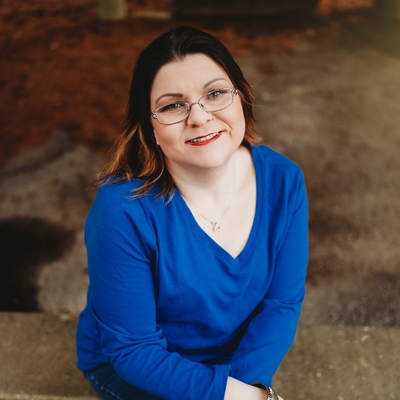 A Navy spouse of 22 years, I have always lived by the motto, "bloom where you are planted." My high school sweetheart had big plans to join the Navy and leave small town America. I had no idea where the Navy would take us, but I knew wherever he was going, I was going too! Labor Day weekend of 1998, a scared 17-year-old loaded herself onto a Greyhound bus in Tupelo, MS, bound for Great Lakes, IL. My husband had just graduated "A" school. My plan was to go visit for a long weekend; however, when I got there with him, I knew I wouldn't be going back to Tupelo anytime soon. Little did I know that getting on that bus would be the first of many big "firsts" for me, and a huge step into molding me into the person I have become. County mouse, meet the big vast world! I wanted to support my husband in any way I could. It was very important to me that he be able to discuss his career with me. Due to the nature of his job he could only discuss certain things, but I was intent on understanding those insanely technical terms he used. Even to this day I'm happy to know Navy acronyms when I hear them. It's almost like knowing a secret language. Throughout the years I've done my best to stay involved with the military community. These people were my family while my husband was deployed and we were all literally in the same boat together. I'm happy to say that I've grown alongside my husband over the years. While his time in the Navy has helped him succeed in many facets of his life, it's helped me as well. I've been afforded the chance to see things I'd never have seen. To live life outside of small town America. I've experienced the love that freely flows from one military spouse to another. It is truly one of the most genuine types of friendships. These friendships are forged thru deployments, births, deaths, sick kids, broken washing machines, and wounded spirits. These are the ties that bind and for that I am eternally grateful.

Describe your involvement in the military community:

I consider myself somewhat of a professional volunteer. I simply love people. I've worn every hat that a military spouse can possibly wear. I've been a FRG Secretary, Vice-President, President, and Fundraising Coordinator. While stationed in Pearl Harbor, Hawaii I served as Ombudsman for 5 years. This was a position I particularly enjoyed. I was the direct link between the command and our family members while the ship was deployed, giving me the opportunity to form relationships with them. I met some truly amazing people and developed lifelong friendships. My command families knew they could count on me, and I knew I had to keep myself together to be there for them. Being an ombudsman meant that I had to be strong even when I didn't think I could. I don't know how I would have made it thru those countless workups and lonely months without them. They were my strength. While I was their direct line to the ship, those families were MY lifeline!

Share an example of your leadership experience within the military community:

I have a passion for helping my fellow mil-spouses grow both personally and professionally. Throughout my years as a Navy spouse I have done my best to be a light at the end of the tunnel for those that feel they are drowning in this lifestyle. In addition to my many positions held within the mil-spouse community, I have most recently joined Military Bridge, an organization that promotes local businesses who support our military, and I'm the Red Cross Service to the Armed Forces Resiliency Volunteer Coordinator for West Tennessee. In 2018, I co-founded Dependa Strong, a non-profit organization whose mission is to "Strengthen Military Families One Spouse at a Time." Our military is only as strong as its foundation. WE, the spouses, are that foundation!

Describe how you support your community:

Mental health is very important to me. While the mental well-being of our service members id finally getting some much-needed attention, our spouses and children have been left in the shadows. I, myself, live with this invisible illness. Until recently mental health as been a topic that many spouses believed should be locked away in a closet and hidden from the world. We've been ashamed of our illnesses. The problem with hiding this away in a closet and not seeking help when needed? That close will eventually erupt. Spouses need to know that there are resources readily available to them. There is a dire need for education and advocacy in regards to mental health encompassing all branches and ranks. Mental illness doesn't discriminate between these things. Mental illness will sneak up on you and take such a strong hold that others will have to pull you through. Again, if someone isn't shown the way to the light, how are they to know which direction to go?

What platform do you advocate for? Why?

Mental health and well-being for military families. I know first-hand the struggles faced by a spouse with mental illness. I'm well aware of the stress it puts the service member under as well as the family as a whole. In order for our service members to focus on the mission, they must know the home-front is secure. So many do not know what avenues to take to get help, or they may not realize they need help. Education and advocacy is very important in regards to mental health. How many people could we save? How many marriages could be saved if this piece of the puzzle were firmly in place?

How have you spread the message of your platform?

I co-founded the Dependa Strong organization in 2018. My partner and I met in Hawaii years ago and we both have that same burning desire to be that light for others following our path. In just a little over a year, Dependa Strong has frown into a social community of over 2,000 members. On February 29th of this year, we are launching our first official chapter in Pearl Harbor, Hawaii. Our launch campaign is simple. "I Am More!" We are encouraging each military spouse to tell us their "I Am More" story. My story is "I Am More" than bi-polar disorder and anxiety! I stand ready to share my struggles with mental illness with anyone whom it might help.

What do you hope to accomplish with the AFI Military Spouse of the Year® title?

This esteemed title would give me the ability to shine a bright light on a very important issue plaguing our military spouses. I want every spouse to know they are not alone. When they are up in the middle of the night rocking that feverish baby, wondering how in the world they are going to be up to function in two hours; when the car breaks down on the pier as their sailor pulls away on the 2nd deployment in less than three years, when the lawn mower breaks and the car stops running, they are not alone. From the tops of the mountains to the lowest valleys, there are other military spouses standing watch, ready to step up when the rest of the world steps out. I want to reach those spouses who feel hopeless. The spouses who feel like military life isn't for them because they feel so alone. I'd proudly hold this title and use it to advocate and educate military families on the resources available to them, especially in regards to their mental health and well-being.

Reasons for nomination: Rebecca runs a group called Dependa Strong which helps facilitates various programs geared towards military families. She also stands up against the term “dependa”, which is a negative word to describe a military spouse; she has turned it into something positive. Rebecca is a huge advocate for mental health and readily is available for her fellow spouses when in need. She is a huge asset to our community and continues to take steps to ensure it only gets better.
- By Allison Warner

Rebecca has a special heart for our military spouse community. She has volunteered in various capacities for years. As an FRG leader, ombudsman, you name it and she has probably done it. Most recently Rebecca has co-founded dependa strong and non-profit created to raise awareness of the mental health challenges dependents face and combat them with community engagement and involvement. Rebecca is transparent about her own struggles with mental health offering hope to others who can now know that they're not alone.
- By Erika Hope Bradley