Join the Aquarium of the Pacific all Summer Long as they Celebrate their 20th Anniversary. Enjoy events, festivals and military savings!

Everyday is Military Appreciation Day at The Aquarium of the Pacific! 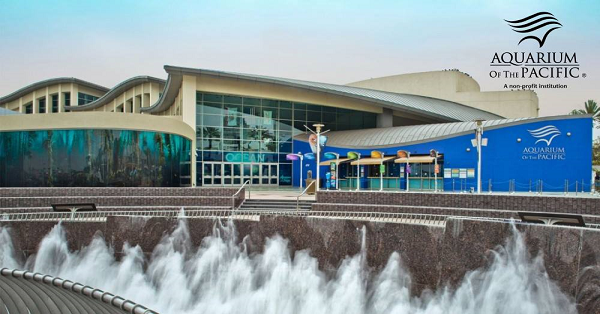 Immerse yourself in the beauty of the Aquarium of the Pacific this summer with special savings for military families, wonderful events and festivals along with the kick off of their 20th anniversary celebration Memorial Weekend with extended hours.

The Aquarium of the Pacific is the fourth most-attended aquarium in the nation. It displays over 11,000 animals in more than 50 exhibits that represent the diversity of the Pacific Ocean. Each year more than 1.7 million people visit the Aquarium. Beyond its world-class animal exhibits, the Aquarium offers educational programs for people of all ages from hands-on activities to lectures by leading scientists. Through these programs and a variety of multimedia experiences, the Aquarium provides opportunities to delve deeper into ocean science and learn more about our planet.

Discounted tickets may be purchased in advance at any MWR/ITT office on base. For military personnel without prepurchased tickets, present your military ID card at the ticket window to receive $3.00 off adult admission and $1.50 off child admission.

Admission is FREE for veterans and military personnel on Veterans Day and on Military Day during LA Fleet Week when ID is shown at the ticket window. Go to http://www.aquariumofpacific.org/visit/discounts/ for details.

About Aquarium of the Pacific

Take a journey of discovery at the Aquarium of the Pacific in Long Beach. Discover sunny Southern California and Baja, the frigid waters of the Northern Pacific, and the colorful reefs of the Tropical Pacific. Come face-to-face with the ocean’s ultimate predators in Shark Lagoon, hand-feed colorful lorikeet birds, and watch our Magellanic Penguins play.  NOW OPEN - FROGS: Dazzling and Disappearing.  Explore the world of frogs from lush rainforests to arid deserts. Learn why frogs and other amphibians are disappearing from our planet. There is no better time to visit the Aquarium of the Pacific than now! 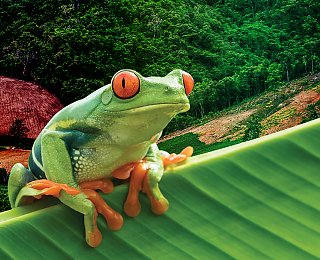 Join the Aquarium of the Pacific as they kick off their 20th Anniversary celebration this Memorial Day weekend----Some of the events include:

Connect with 20 years of wonder and memories at the Aquarium of Pacific. Join in on the 20th Anniversary celebration featuring special programs, events, exhibits and contests highlighting our fascinating history and bold future. Learn about and meet some of our original animals, such as Charlie the sea otter, Lou the turtle, and even a group of sea stars. And don’t miss some exciting new residents that have arrived just in time for the celebration.

The Tropical Pacific Gallery now features a cephalopod exhibit to highlight the beauty and fascinating characteristics of these animals. Cephalopods include squid, octopuses, and cuttlefish, and they can change their color and pattern and shoot a jet of ink when disturbed. The new exhibit, which formerly housed the ribbon dragons, is located across from the Tropical Reef main viewing window and is called Tentacles and Ink. This exhibit will feature animals like cuttlefish to showcase various species of cephalopods.

In celebration of its twentieth anniversary, the Aquarium will display rotating art exhibits on the second floor in the Great Hall. The first art exhibit will feature five original pieces by Brian Kesinger, an artist for Marvel Comics and the official Aquarium 20th Anniversary Artist. Kesinger is a longtime Aquarium fan who has created a series of books about a character named Victoria and her octopus friend, Otto.

He is also creating a series of four collectible enamel pins—a penguin, octopus, otter and shark—for the Aquarium’s twentieth anniversary that will be available for purchase in the Pacific Collections gift store. Prints of Kesinger’s artwork will also be sold in the gift store.

Look for Bob the Diver hidden in an Aquarium exhibit. In honor of our 20th anniversary celebration and all our wonderful dive volunteers, each day a platinum sculpture of Bob will be placed in a different exhibit. The first three people who find Bob each day and show a photo of his location posted on to Facebook/Twitter/Instagram with the Aquarium tagged (@AquariumPacific) at the Aquarium Information Desk will receive a limited-edition 20th Anniversary prize, along with two VIP Access tickets to the Pacific Visions wing opening in 2019.

Collect all eight 20th Anniversary embosser stamps in the Aquarium’s Visitor Guide and present it at the Information Desk to receive a special gift courtesy of Southern California Honda while supplies last.

Learn more about All Upcoming Events

Aquarium of the Pacific

NATIONAL MILITARY APPRECIATION MONTH DISCOUNTS, FREEBIES, AND EVENTS FOR MAY 1-31, 2018!