NATIONAL DAY OF THE DEPLOYED

October 26 is annually designated as National Day of the Deployed. 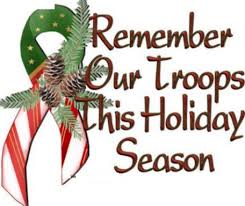 National Day of the Deployed honors all of the brave men and woman who have been deployed, are sacrificing, or have sacrificed their lives to defend our country. The day also acknowledges their families who are separated from them during deployment and the sacrifices they make in order for their family members to serve our country.

Shelle Michaels Aberle founded National Day of the Deployed in 2006. Ms. Aberle approached then North Dakota Governor John Hoeven for support of a North Dakota Proclamation for the day. Governor Hoeven was the first governor in the United States to recognize deployed troops in a formal proclamation.

October 26 was chosen by Aberle’s cousin, Bottineau, ND native LTC David Hosna who was deployed to Iraq from Kaiserslautern, Germany.  October 26 is the date of Hosna’s birthday.

National Day of the Deployed is such an important observance.  This day is a day to honor those who sacrifice for our country.  Deployment is not only difficult for our military men & women but also for the family members & friends who miss them and worry about them while they are away.  Deployment is part of the deal when you sign up to serve our country but it doesn't take away from the fact that deployment is difficult.  Today, we thank our military men & women for their sacrifices.  We thank you for walking the walk.

There are several great non-profits that offer several programs around deployment to help make deployments a little bit easier for military and their families.  Please visit our non-profit section to learn more about these non-profits.